This evening I went out with Jerrold and Tanya to the Health Sciences Centre to pray for Jerrold’s 15 year old cousin Rachel who has Cystic Fibrosis, which is a genetic disorder that attacks the lungs and breathing.  What a sweetheart she was and so welcoming towards us and prayer.  As we prayed waves of the Holy Spirit came over Rachel.  She was filled with joy and had a tingling all throughout her body, including her lungs.  She played a worship song on the piano just before we left.
From there we drove to Deer Lodge Hospital to pray for a pastor friend of mine named Randy Leavitt who has been recovering from cancer.  Randy shared how he is making a miracle recovery and is now walking and building up muscle mass in his legs from having laid for 4 months in a hospital bed.  The doctors and nurses are dumbfounded by his progress.  We shared around the theme of God’s goodness and faithfulness followed by a time of prayer.

Jesus answered, “If you want to be perfect, go, sell your possessions and give to the poor, and you will have treasure in heaven.” Mathew 19:21

On my way to Portage Place, I joined Ed and his team who were handing out hot chocolate, and praying for people, outside of the dining hall of Siloam Missions.  We gave away 100+ cups of hot chocolate and prayed for numerous people all in a half hour.  At about 7:30 we went into the dining hall.  It seats  200+ people, and there was still about 150 poor and homeless having their free supper.  They start serving supper at 6:30, and serve 500-600 people supper every day.  It was astounding to see that many homeless in one place and I asked if I could take a picture, but was told that wasn’t allowed.
Also see Michelle’s report below.

ALPHA UPDATE:  Donations for the Alpha Course are coming in, helpers are volunteering, people are signing-up to come, a DVD projector has been loaned to us.  We still need a laptop to play the DVD’s and a place to run the Alpha.  We are in the process of approaching the Quest Inn to ask them for the use of their dining room one evening a week – prayers please!

Michelle’s Report:
Ed, Chantal and I started our evening at Siloam mission . Ed so graciously had 3 Tim’s kegs of hot chocolate for us to hand out. We had Al join us for a while. We were able to pray and connect with many people there.
We then went to the Quest Inn.  We were able to pray for Don who mentioned he had anxiety. Then Rexal who sat next to Don wanted prayer too.  We gave an expectant mother a beautiful knitted blanket, one of many that had just been donated. The couple came to Winnipeg from Berens River to stay until their child would be born.  We could tell they were so thankful for the prayer and blanket.
Tonight was a wonderful night for making connections.

Jeremiah’s Report:
Often times we buy food for people to “get their attention,” and I have the perfect example of this that happened last night in Portage Place.
I was prompted to approach a man. He didn’t look like he wanted to talk, and I was right! As soon as I walked up to him he said. “so, what do I want” I told him my name and as soon as I did he turned away and lost interest. So I offered to pay for his meal, he looked at me pleasantly surprised and gestured “go ahead”!  After he ordered his food, he invited me to sit with him.
(I promise you, it was so hard not to laugh or giggle! It almost felt wrong, but it isn’t, because it’s my responsibility to witness to this person who God told me to approach.).
So we talked a bit, he claims to be a believer and he brought up the point that Jesus is the ONLY way to heaven. It turns out that Al has spoken with him several times in the past and he is a First Nations Shaman (I am not very clear as to what that exactly means but it’s not Christianity so I’m not sure exactly what he believes?).  Al says the leather pouch he wears around his neck is a talisman, and people pay him to contact the spirit world.  Either way, this guy has a lot of influence on other First Nations people, so pray for him if you can. He asked me to meet him next Thursday to talk again.
Al Adds:  His name is Ray, (also calls himself Elvis of the North) and when he is intoxicated he mocks us and interrupts us when we are praying for someone.  When he is sober he is very friendly and approachable.  We haven’t seen him for about a year.  Last year I prayed for one of his friends who had a damaged hip, and walked with a cane.  After prayer he no longer needed his cane.  The Shaman witnessed this healing.  He has a damaged knee and one time he asked me to pray for his knee.  As soon as I started to pray some of his friends showed-up and he pushed me away and pretended he didn’t know me.  I guess he knows Jesus has the real power, but wants to protect his reputation and livelihood as a Shaman.  He is now walking with crutches, maybe Jeremiah will get the chance to pray healing for his knee, and he will openly acknowledge Jesus as the superior source of power. 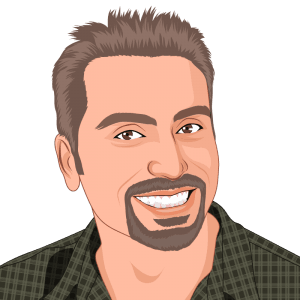 Kevin Penner – Jesusheals.ca
I’m obsessed with the way Jesus loves us all unconditionally.  His love towards you never stops, no matter what our actions.  He is trustworthy!  Trusting solely in God and not our performance rewrites the core operating system of our heart and enables us to experience Heaven on Earth.  Teaching and power evangelism is my thing.